Workers' Compensation Insurance can pay for three things when an employee is injured at work: medical bills, recovery costs, and partial missed wages. If an employee dies, Workers' Comp can cover funeral costs and benefits to the worker's family. Depending on state laws and contract requirements, you may need this policy to cover employees, contractors, freelancers, or even yourself.

So Workers' Comp Insurance was designed to help pay for work injuries and illnesses without the rigmarole of a lawsuit. This Liability Insurance policy can help your business do three things:

Most states require employers to buy Workers' Compensation Insurance as soon as they hire their first employee. Even when that's not the case, it's smart to have this policy, because the cost of workplace injuries is substantial:

The takeaway: workman's comp injuries cost small businesses in lost productivity. Without insurance, those costs would be compounded by employee medical expenses and missed wages.

The most common Workman's Comp Insurance claim is for an injury that can happen anywhere: falls on the same level. Fully 17 percent of workplace accidents are caused by same-level falls, according to a 2014 Bureau of Labor Statistics report [PDF]. One trip over a computer cord, and you could be facing a pile of employee medical bills. (True story: OSHA lists "trip over self" as a category of workplace injury.) But it's not just accidents. Sometimes an employee's job can hurt them even if they don't work in a high-risk industry.

Example: Your copywriter churns out articles all day, but constant typing gives her carpal tunnel syndrome. Because the injury is work-related, she can recoup her medical expenses from your business.

If you have a Workers' Comp policy, that's no big deal. The copywriter can make a claim to cover corticosteroid injections or corrective surgery and partial wages for the time she needs to recover. 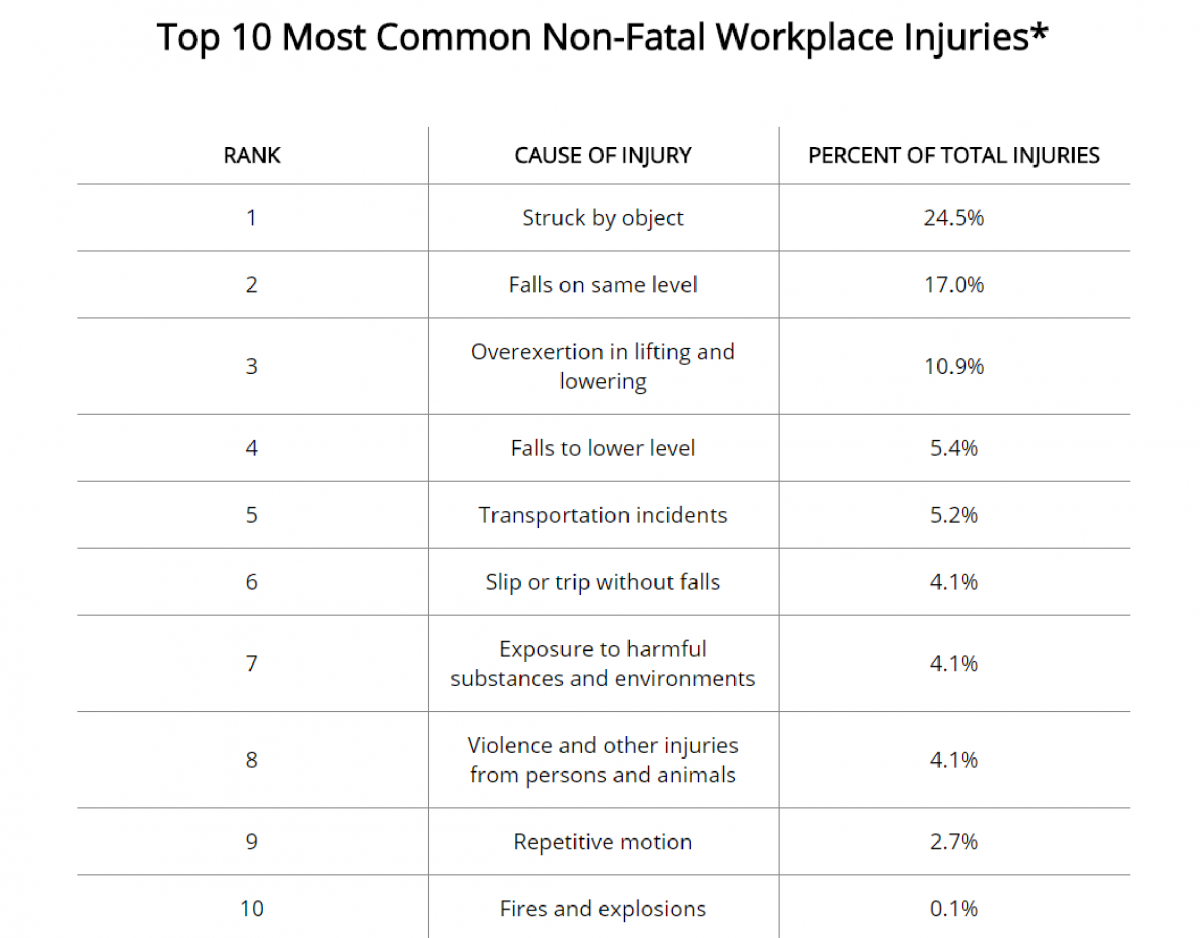 You can turn your Workers' Comp policy to help pay for employees' work-related injury or illness expenses, including...

But it can't pay for:

Forty-nine states currently require employers to carry some form of Workers' Comp Insurance. Here's the catch: every state has its own spin on those laws.

Some states require employers to carry coverage as soon as they hire their first employee (California and Illinois are examples). In other states, the mandate kicks in once you have a certain number of employees (for example, four in Florida and five in Tennessee).

Only Texas allows employers to opt out of carrying insurance altogether. However, Texas employers can still be sued over uncompensated work injuries.

To complicate matters more, four states only allow you to purchase coverage from state-run funds. These states are...

So what happens if you skip out on Worker Compensation Insurance when your state requires it? It depends on where you live, but generally, you face fines and even jail time for serious offenses. 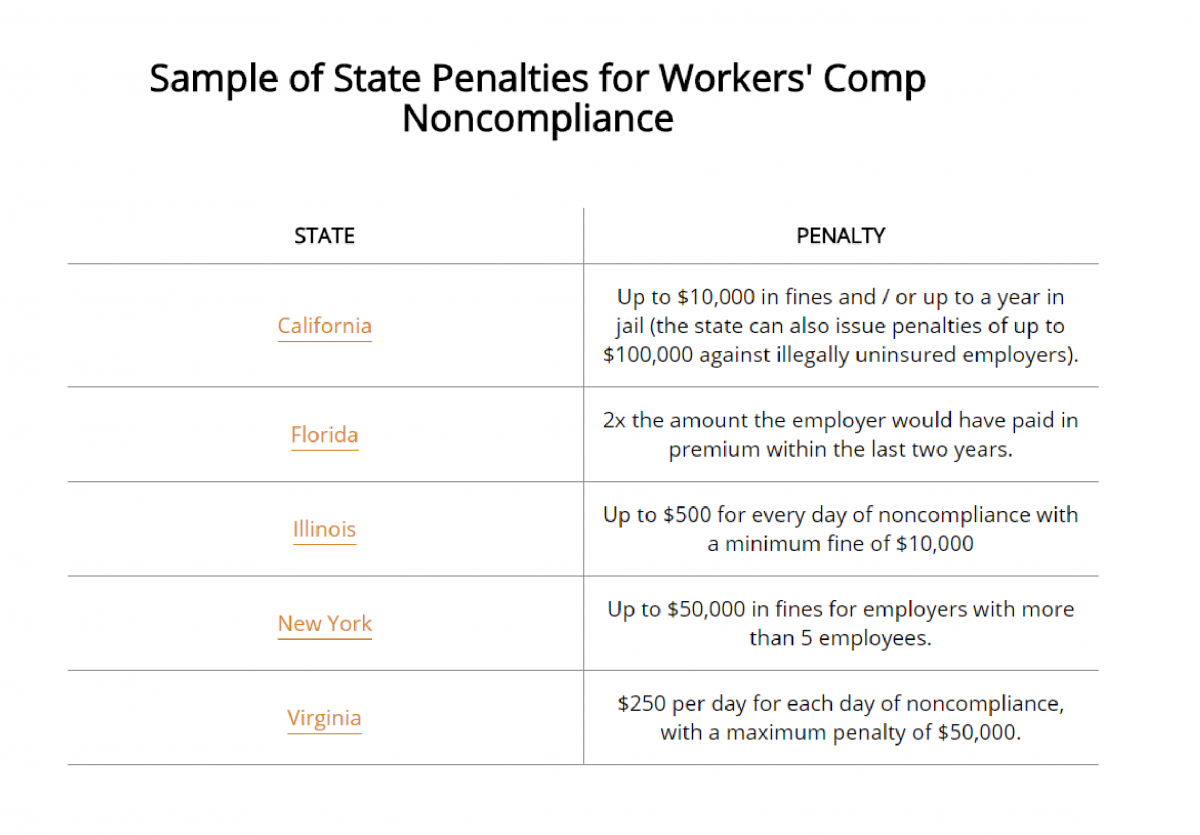 According to the Bureau of Labor Statistics, there were 3 million non-fatal work injuries in 2014. What happens when Workers' Comp benefits don't cover one of those accidents?

We know what you're thinking: Workers' Comp is supposed to help me not get sued. What gives?

Furthermore, an employee could allege you were negligent – for example, say you asked him to change a lightbulb by climbing a ladder that bore a striking resemblance to the leaning tower of Pisa. In negligence cases, you can still be sued. Employer's Liability Insurance helps you out when employees sue to cover their medical bills for ineligible work injuries. It can help pay for your... 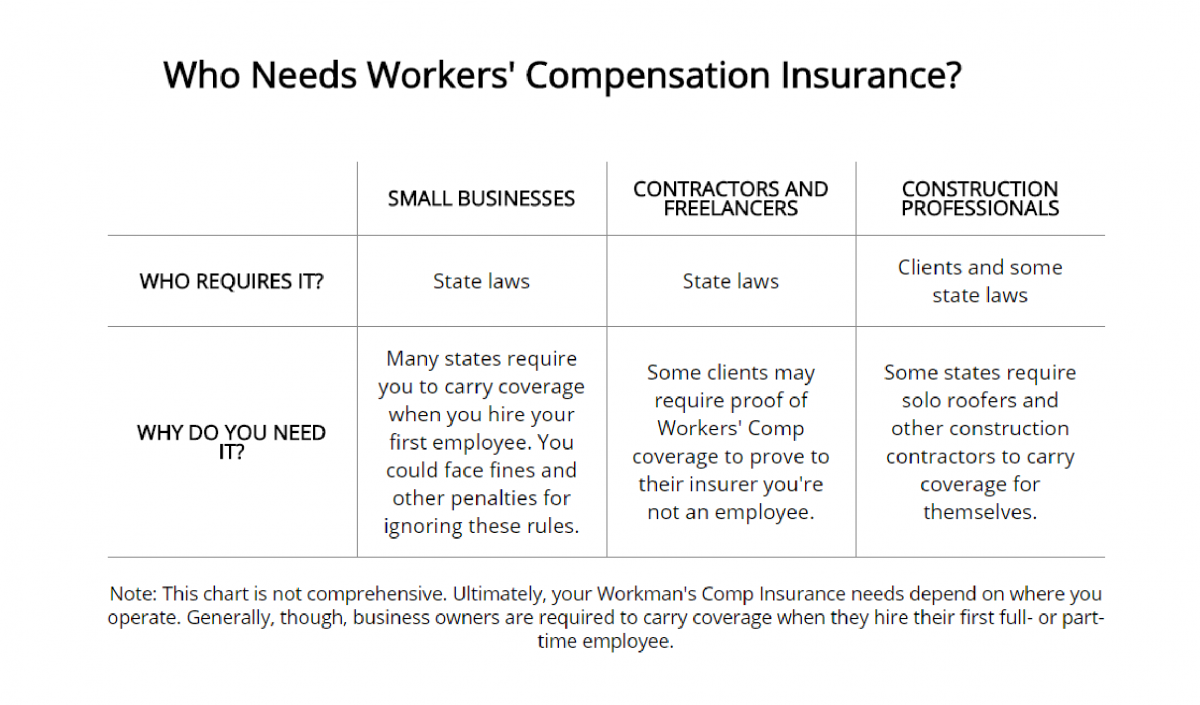 The National Safety Council notes [PDF] that the cost of medical expenses for occupational injuries was $198 billion in 2011. As we mentioned earlier, that same study found that the average work injury claim costs about $36,551.

Chances are, your Workers' Comp premium is a much better deal.